Housing Markets Flat in 2019 After Strong Second Half

“Housing markets across the province staged a strong recovery in the second half of 2019,” said BCREA Chief Economist Brendon Ogmundson. “This sets up 2020 to be a much more typical year than what markets have experienced recently.”

Total active residential listings were down 10.6 per cent to 24,691 units in December. Total inventory of homes for sale have declined more than 10 per cent on a year-over-year basis for two straight months.

For the complete news release, including detailed statistics, click here. 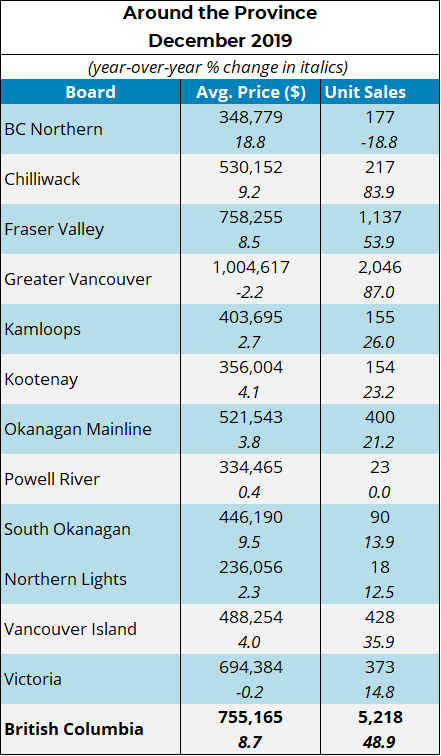